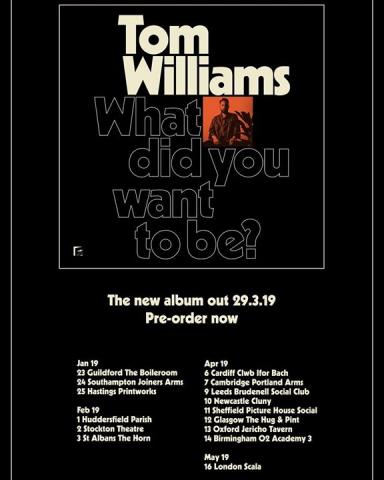 Nearly two weeks in the world now for Early Morning Rain and it’s been brilliant! Loads of lovely radio plays, pre-orders for the album flying in and lots of shows on the horizon. Thank you all so much for being lovely links to all that stuff here: https://linktr.ee/tomwilliamsmusic New album stuff, videos, gig tickets too! Have a great weekend everyone! The drive for world domination continues! ❤️

As part of my ongoing series of artists that love their dogs I present to you, Bruce Springsteen, heart-throb! bonus points to anybody that can identify which album this is from… 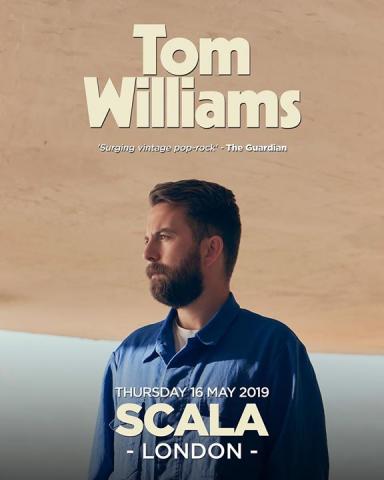 In all the massive announcement shenanigans of last week, this one got a bit lost but… Not only is this the biggest show that we’ve ever headlined, but it’s a dream come true. The covers of Transformer and Raw Power were both shot here (on adjacent nights I might add!) This venue is about as legendary as they come and we can’t wait to tread these hallowed boards. 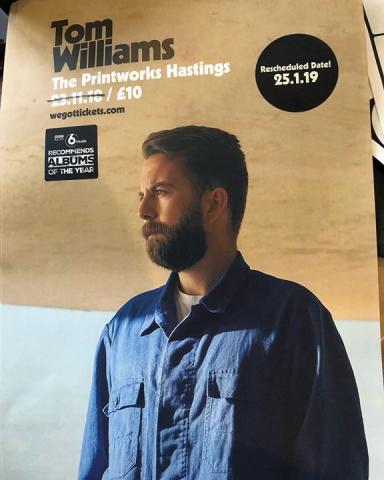 Ooh lovely Hastings! We’ve stickered up and edited The Printworks Hastings poster with the new date and are heading out into town to pop them up! Make sure you grab your tickets for Jan 25th, it’s gonna be a busy busy one https://www.wegottickets.com/event/450694 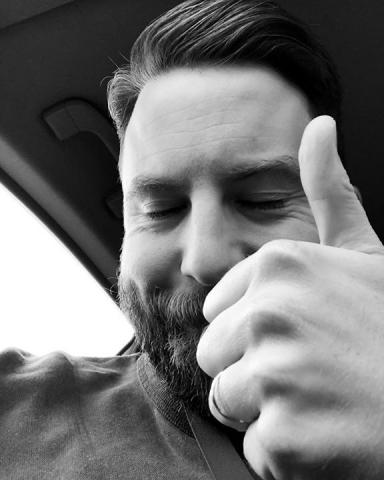 Yayaa! EMR on Shaun 6 Music brekkie this morning good start to the day!xx 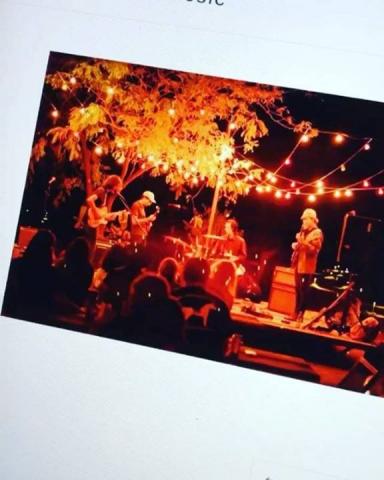 Woah all 3 gigs gone so one more popped up there 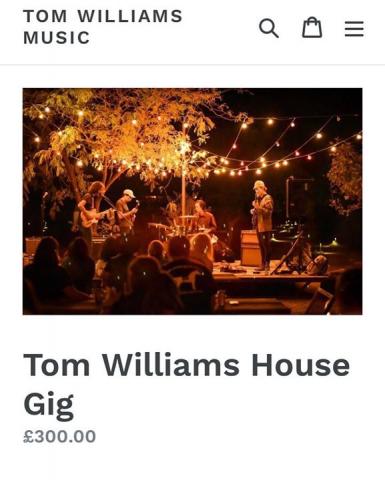 WOAH 2/3 House gigs already gone on the pre-order, AND all the vinyl test pressings! You guys are very kind thank you? Fancy a gig in your house, or just a good old CD/LP of the new album? That and everything else in between over in the online store now tom-williams-music.myshopify.com/collections/wh… 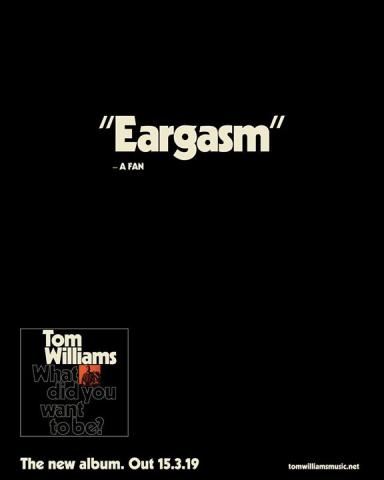 Tom Brooks who designed the brilliant album cover has also designed a series of posters that are in the pre-order, this one cracks me up! I’m pretty sure no one has every described my music as an, 'Eargasm' but hey ho! Thanks Tom Pre-order link https://tom-williams-music.myshopify.com/collections/what-did-you-want-t... xx

What a mad week! We announced the new album, released the first single, got ill, rescheduled a tour () released the first video AND had an amazing run of radio plays too... never a dull moment! You can pre-order the album now over at our shop, we are self releasing this album so every single pre-order means the world and helps us so so much. Thank you so much everyone that’s ordered already, there’s vinyl, cds, demo cds, posters, house gigs, write songs with me and personalised hand written lyrics too! All sorts, do go and have a rummage around. 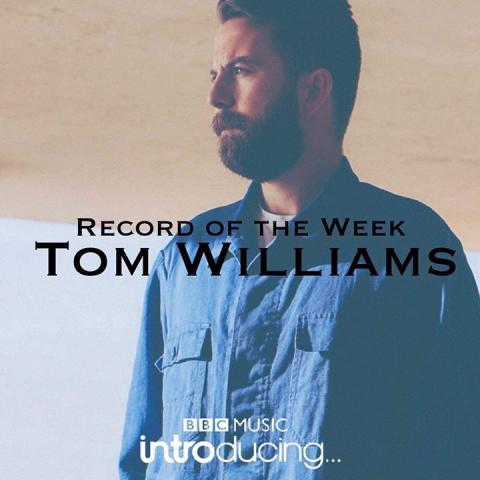